Silly season is in full swing.

Here are the Massey Ratings, predicting  the 2015 Ivy League standings and scores. Before you put too much stock in these numbers, consider what Massey himself has written:


"Preseason ratings are based on an extrapolation (of) recent years' results, tuned to fit historical trends and regression to the mean. A team's future performance is expected to be consistent with the strength of the program, but sometimes there may be temporary spikes.

Other potentially significant indicators (ex. returning starters, coaching changes, and recruiting) are ignored. Therefore, preseason ratings should not be taken too seriously . . .

That understood, here's how Massey sees the Ivies going this fall with the Ivy League record followed by the overall record:

(Massey gives Princeton and Penn each a 50-percent chance of winning their matchup, hence the tie ;-)

Here's Massey's take on the Dartmouth results with the predicted score and the percent chance of winning:

Now, you did read that stuff at the top, right? Here's what you need to remember, with the most important part in bold: "(P)otentially significant indicators (ex. returning starters, coaching changes, and recruiting) are ignored. Therefore, preseason ratings should not be taken too seriously."

•
Headline from a tech blog (LINK):
The Dallas Cowboys Will Soon Train Their Quarterbacks In Virtual Reality


After Stanford, which continues to use the technology, StriVR previously signed deals with five collegiate football programs: Arkansas, Clemson, Vanderbilt, Auburn and Dartmouth.

Green Alert Take: Hmmm. Cowboys coach Jason Garrett, a former Princeton quarterback, was back on campus recently and you can bet the technology came up when he met with former teammate Bob Surface, the Tigers head coach.
•
Speaking of Garrett, check out THIS VIDEO of Garrett headlined, Grab the Mantle of Leadership. The guy can tell a story . . .
Posted by BGA at 9:31 AM 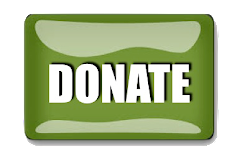 Thanks for supporting BGA Daily!