A few shots from the first day of Dartmouth preseason football practice: 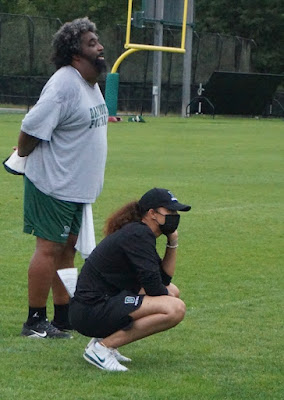 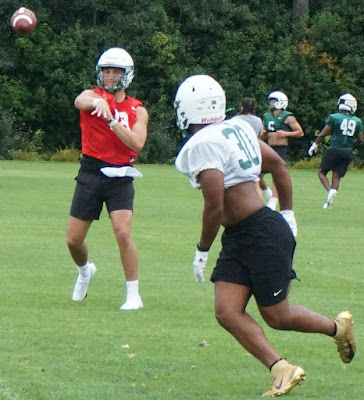 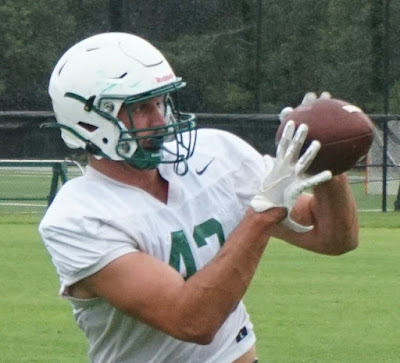 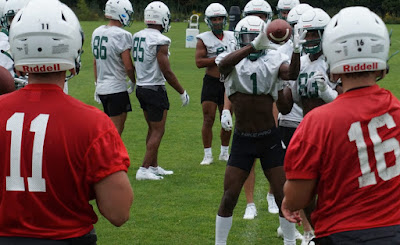 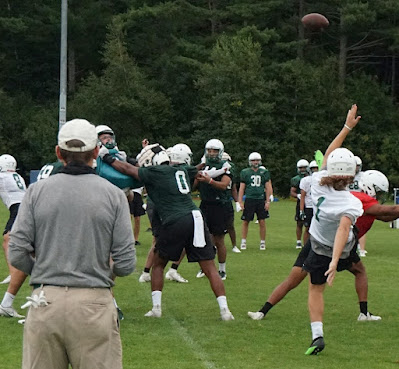 BGA Premium had its first full camp report last night and will be back at practice this afternoon for tonight's posting. Look for it by 10 Eastern tonight.
A couple of notes from last night:
• The Big Green had 122 players at the first day of camp with the permissible 110 in the freshman through senior classes and 12 "super seniors/grad students" allowed back by NCAA and Ivy League decree.
• While the Dartmouth athletic department has had what has to be an unprecedented turnover in personnel the permanent football coaching staff has stayed intact, with Mickey Grace and Ahmaad Smith coming aboard as "defensive assistants." Grace is the latest woman on the Big Green staff after doing a stint with the Los Angeles Rams. Smith is a former Tennessee State defensive captain who played for a number of arena teams and was in CFL camps.
#
From a Dartmouth news release yesterday about the start of practice (LINK):

Buddy Teevens, the Robert L. Blackman Head Football Coach and winningest coach in program history, will have to replace nearly his entire starting lineup with eight gone from the offense and 10 from the defense.

The fact-filled Phil Steele Preview came out last week but seems to have taken the roster movement at Dartmouth to heart. Here are Steele's All-Ivy League first, second and third teams. (Click to enlarge.)

In the final seconds of the first quarter, Folarin Orimolade went down with what appeared to be a left-knee injury. The Stamps had really high expectations for Orimolade this year after he missed the entire 2019 season with a quadriceps injury .

Here's a screengrab of the former Dartmouth standout from the story: 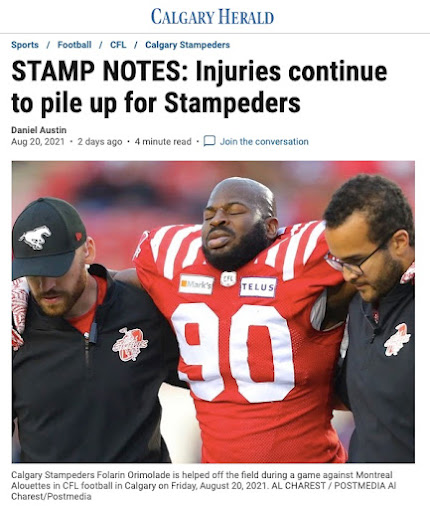 #
EXTRA POINT
It would seem we dodged any significant impact from hurricane/tropical storm Henri, although the shorts and T-shirt I hiked in this morning are now hanging from the shower curtain and dripping liberally into the tub.
Posted by BGA at 8:52 AM