The Dartmouth Football Quick Facts page now has a 2021 Preseason Two-Deep that doesn't offer much in the way of surprises apart from six sophomores who have never appeared in a college game being listed as offensive backups, with one as a starter. No sophs are on the preseason defensive two-deep. (LINK)

Sagarin has Dartmouth as a 24-point favorite at Valparaiso Saturday.

A story in the Fayetteville Observer under the headline Connections and championships: How Christ School football became an N.C. recruiting hotbed mentions players from last year's team now playing at Central Florida, Virginia, Charlotte and The Citadel as well as wide receiver Painter Richards-Baker at Dartmouth. (LINK)

Two Ivy League teams are among the "Others Receiving Votes" in the Coaches poll and neither is named Dartmouth:

It has probably happened elsewhere in the country but it's kinda cool to read a story about the first woman in Connecticut to get a win as the head coach of a high school football team.  (LINK)

And, oh by the way, she's got the cliché part of coaching down cold as the end of this quote from the story shows:

“I just like being a football coach,” (Jenn) Stango Garzone said following Friday’s game, which was also her birthday. “I have an amazing staff and I have kids who have been tooth-to-nail. The last four weeks have been the most chaotic preseason I’ve ever been a part of and those kids banded together and they played 130 percent on the field and left it all out there.”

And just for good measure, she was celebrated the way football coaches frequently are after a big win:

EXTRA POINT
I didn't try it out but there was a nice surprise on my hike this morning. Actually, there were two sturdy new benches made by students at the local vo-tech high school. 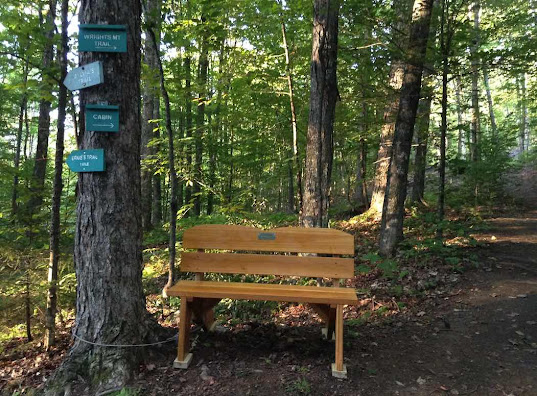 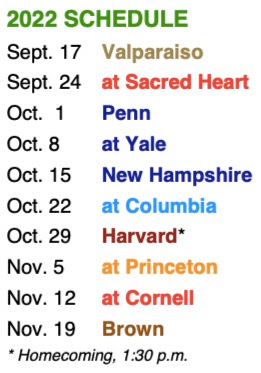