The State Of The Big Green 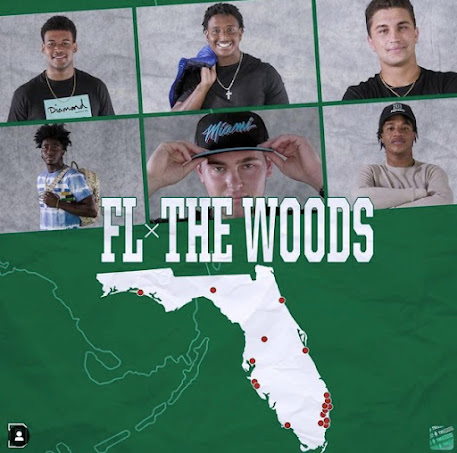 This Dartmouth football Instagram post sent me scurrying to the 2021 roster to see just how many players were from each state. Here's what I came up with:

Dartmouth returns to practice this afternoon at 2 on Memorial Field. And that means BGA Premium will resume practice reports tonight. In an effort to get to know a little more about the freshmen and sophomores, last night's BGA Premium offered some of their responses to the prompt, "Something that might surprise people about me." Among the 26 interesting facts mentioned in the post were:

(Spörk's national championship was in Germany ;-)

The Big Green is scheduled to practice today, Saturday, Sunday and Monday at 2 p.m. on Memorial Field and then have a second day off on Tuesday.

Don't be surprised if there's a Dartmouth football T-shirt or two seen around the Penn State baseball facilities this fall. In addition to freshman Carson Franks' brother Brenden playing for the Nittany Lions, former defensive lineman Kevin Luensmann's '90 son Travis is transferring from South Carolina to PSU. The younger Luensmann is a 6-foot-6 right handed pitcher. His dad was a 6-3, 250 defensive tackle who earned three letters and co-captained the 1989 Big Green along with future big leaguer Mark Johnson.

I've made no secret of my preference for the Ivy League playing most of its out-of-conference games against Patriot League schools. Like the Ivy, the Patriot is an elite academic Division I conference in the Northeast and unlike some of the schools Dartmouth and the others in the Ivy League have taken to scheduling, it doesn't take a lot of junior college players or FBS washouts as transfers. If I had my druthers, there would be two Patriot League teams on the schedule each fall and one wild card opponent. But I digress . . .

Craig Haley over at The Analyst has his prediction for the Patriot League race and he sees it shaping up this way:

There was a lot of talk when the Patriot League introduced scholarships that it would leave the Ivy League behind. It hasn't turned out that way. Haley writes (LINK):

The Patriot League has been the lowest-scoring conference in the FCS for four straight seasons, with teams averaging 18.3 points per game this past spring. No offense is going to match Fordham’s firepower, but the other teams need to make a jump.

Given that we haven't even started the season this is scary (LINK):

The University of St. Thomas' 2021 football home opener against St. Francis (Ill.) scheduled for Sept. 4 has been cancelled due to COVID-19 protocols.

EXTRA POINT
I am not a Luddite.

No, I don't have a cell phone but that's by choice. I like the freedom of not being tethered to one of those things and, frankly, I'm not sure I'd have the self control to turn it off or put it aside. (I don't need the cell phone bill either but my, uh, frugality, is a story for another day ;-)

So no, I'm not a Luddite. Remember, we put in a solar tracker, we bought an EV and, oh yeah, I do this website you may have heard of.

I was thinking about all of this while driving to my hike early this morning when the headlights on my car turned on automagically. I apologize for bringing this up, but it was a reminder that the days are getting shorter and that the sun is coming up a little later each day.

By the way, I had no idea about the automatic headlights until I was flipping through the manual for the electric car one day. Pretty cool new innovation I thought. But then while I was "detailing" the Honda Fit that we sold a couple of weeks ago I had to laugh. I drove the car for five years and never knew it had automatic headlights as well.

I don't think it had the automatic high and low beam switching this one has, but then again . . .